We are going to create the v8.17 branch in preparation for Coq 8.17 in
the next few days. The tentative schedule can be found here: 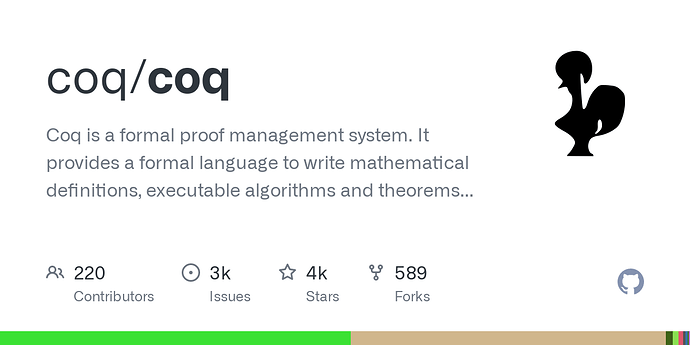 Coq is a formal proof management system. It provides a formal language to write mathematical definitions, executable algorithms and theorems together with an environment for semi-interactive develo...

We have not followed the usual process of announcing the branching
date a month in advance because the choice of release managers has
been made very late. I will be taking this role for this release, with
Gaëtan Gilbert as co-RM.

If you have PRs in the 8.17+rc1 milestone that won't be ready in the
next few days and should be delayed to the next release, you can
already help by moving them to the 8.18+rc1 milestone.

Conversely, if you have open PRs that are ready / undergoing the
review process and you think should be included in the 8.17 release,
you can tag me to let me know. We may backport a few if they are not
risky after the branch has been created given that it was announced so
late.